Taking photos that anyone else wants to look at is a little harder.

Everyone's a photographer now. We all have a camera in our pocket or handbag at all times. It's called your mobile phone, but it can take wonderful pictures.

"The best camera is the one that you have with you" 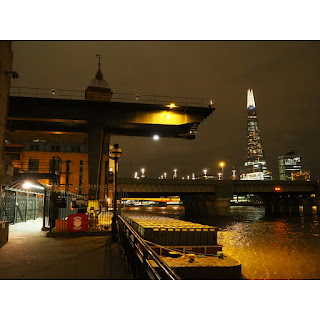 This is such a true saying. You really don't need the fanciest, most expensive camera. I've seen superb photos taken on a mobile phone and pretty awful ones taken on a camera worth thousands of pounds. All you need to do is take a little time to think about the photo that you are about to take.

A few extra seconds can make all the difference.

Think. If you move a little to the left or the right, will it be a better composition? Do you want to include that building to the right of the photo, or not? What about crouching down to get a different angle? Or tilting the camera up to get more sky and those overhanging branches in, or tilting it down to get more foreground in the shot?

The rule of thirds and why it works...

If you place that tree bang in the centre of your photo, that's all that the viewer's eye will see. We can't help it. It'll be a shot of a tree. Move that tree to the right or left of the photo, about a third of the way in and your shot will be transformed. Try it.

What's wrong with altering the image after you've taken the photo?

Absolutely nothing in my opinion! Sure, there are plenty of 'purists' who believe that once the shutter is pressed, it shouldn't be altered. What rubbish! You've taken a little time to get the photo to look as good as possible before you took the shot, now take a little more time to edit it to perfection.

Don't get carried away though...

It's very easy to get carried away when using photo editing software/apps. Try to resist! I always know the effect that I want to achieve before I even pass the shutter. I know that the shot will look best in black and white, or with a more dramatic sky. Once you've got used to the editing software, you'll start to think like that too. Play around with it, discover what the effects do to your photos and learn what looks best for your style. 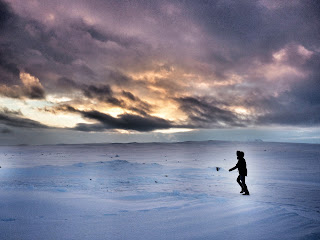 So many times I see a photo that is good, but would have been brilliant if it was cropped slightly. Look at your photo. If it has a random person's arm captured at the edge of the photo, crop it out. If there is a distracting bit of overhanging tree branch in the corner, or the top of the photo, get rid of it. A viewer's eyes are naturally distracted by these types of things on the edges of your photos and you want them to focus on the main image, not half a face in the corner.

If you take a little more time composing the shot, think about the rule of thirds and thinkhow you want the image to look after editing, your photos will be way better. And don't be afraid to take loads of photos. Edit away. Practice makes perfect and in no time at all, you'll be taking photos on your mobile that others will actually want to see!